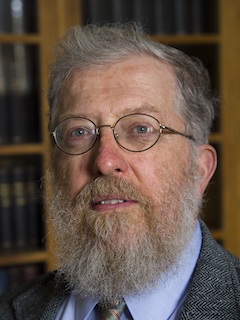 Prof. Lowenberg-DeBoer is the Elizabeth Creak Chair in Agri-Tech Applied Economics at Harper Adams University, Newport, Shropshire, UK, and is co-editor of the journal Precision Agriculture. His research focuses on the economics of agricultural technology, especially precision agriculture and agricultural robotics. He has published 84 articles in refereed journals, two books and chapters in six other books. Lowenberg-DeBoer’s research and extension work is founded in hands-on experience in agriculture. He farmed in Iowa in the 1970s producing lamb, wool, alfalfa and other forages. Since 1993 he has owned and managed 200 hectares of Iowa corn and soybean land. 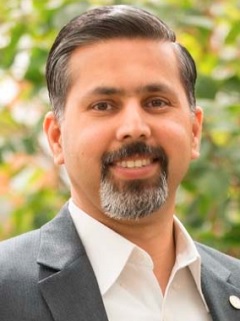 Prof. Raj Khosla is the Head of Agronomy Department at Kansas State University and is a globally recognized authority on Precision Agriculture. He has been engaged in precision agriculture since inception and has made significant contributions in the development and spread of Precision Agriculture worldwide. He is the Founder and Past-President of the International Society of Precision Agriculture. Most recently, he served as the member of National Academy of Science Executive Committee on Science Breakthrough 2030. In 2012, Dr. Khosla was named the Jefferson Science Fellow by the National Academy of Sciences and was appointed as the Senior Science Advisor on Food Security to the U.S. Department of State. In 2011, he was inducted by NASA to the US “Presidential Advisory Board on Positioning, Navigation and Timing” to work on the US space-based GPS policy.

Prof. Khosla’s research specializes in harnessing spatial and temporal heterogeneity in managed agro-ecosystems and translating those into better decision models. His group has extensively used remote sensing and other geo-spatial tools to enhance production, resource use efficiency, profitability, and sustainability of managed agro-ecosystems. He has co-authored over 100 publications (book chapters, refereed journal articles, and others) and has been invited globally to over 30 countries. 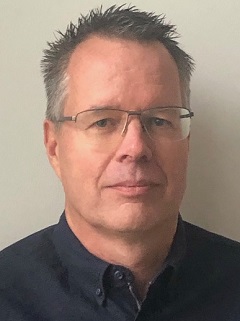 Jens Andersson (PhD) is a rural development sociologist, working in the Plant Production Systems group of Wageningen University (WUR) in the Netherlands. Before joining WUR in 2020, he worked as innovation scientist at the International Maize and Wheat Improvement Center (CIMMYT) leading research in the CGIAR Research Programs on MAIZE and WHEAT on: (1) smallholder farmers’ technology adoption and its social impacts (notably Conservation Agriculture practices and herbicide use); (2) the co-development and scalability of decision support tools for smallholder maize farmers in Africa (focusing on crop and nutrient management). 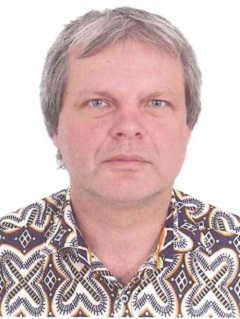 Bernard Vanlauwe joined IITA in Kenya in March 2012 to lead the Central Africa hub and the Natural Resource Management research area. Prior to this appointment, he was the leader of the Integrated Soil Fertility Management (ISFM) program of the Tropical Soil Biology and Fertility research area of CIAT (TSBF-CIAT). In September 2010, the obtained a Visiting Professor position at the Swedish Agricultural University in Uppsala in the Soils and Environment Department. Before, he worked at IITA in Nigeria (1991 – 2000) and the Catholic University of Leuven, Belgium (1989-1991), focusing on unraveling the mechanisms underlying nutrient and soil organic matter dynamics in tropical agro-ecosystems. In that context, he obtained his PhD in 1996 in Applied Biological Sciences. He has published over 200 papers in scientific journals and over 180 in other forms and has (co-) supervised over 40 PhD and over 60 MSc students. He is currently facilitating the development of an Excellence in Agronomy 2030 initiative as part of the Once CGIAR reform process.