Head of the Regional Center for Agronomic Research of Kenitra 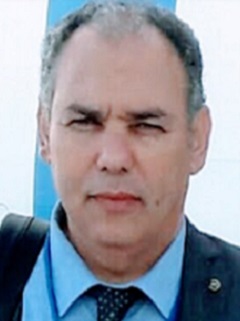 Hassan Benaouda is an agronomist engineer, he was born in Morocco on September 12, 1962. Since 2009, he has held the position of Head of the Regional Center for Agronomic Research of Kenitra, a Center specializing in research on citrus. Hassan's area of ​​interest is the agro-ecological characterization, the determination of land potential and the development of decision-making support tools in rain-fed agriculture (Use of growth models, agro-climatic indices and geographic information systems). He worked at the beginning of his career between 1986 and 1991 in the American USAID / MIAC project as well as an agronomist in charge of the evaluation of new technologies among on farm trials in semi-arid Moroccan zones. Hired by the National Institute for Agronomic Research (INRA) as an Researcher in dry areas since 1991. He has greatly contributed to the training of development agents in new methods of analyzing on farm trials. He has also carried out rapid diagnostics (SONDEO) with multidisciplinary teams in several arid and semi-arid Moroccan regions. Responsible for the laboratory of agro climatology and Geographic Information System at the Regional Center for Agronomic Research of Settat between 1994 and 2009. In this laboratory he conducted many studies on agroecological characterizations in different regions of Morocco with different partners of development. He is a member of the scientific committee of the initiative for the Adaptation of Agriculture in Africa (AAA) to face climate change presented at the COP 22 in November 2016 at Marrakech. He is also a member of the National Association of Climatology in Morocco (ANACLIM). He was president of the Association of Scientists and Engineers of Agronomic Research (ASIRA) between 2007 and 2010.

Please use email associated with membership or join ISPA on the next screen.

Must provide proof of student status.